Setting the Record Straight. I Will Not Be Silenced.

The fight for justice against corruption is never easy. It never has been and never will be. It exacts a toll on our self, our families, our friends, and especially our children. In the end, I believe, as in my case, the price we pay is well worth holding on to our dignity.            ~Frank Serpico

Throughout this past election season, I have been under attack by cowards who hide behind fake social media accounts and anonymous websites, and who mail deceitful anonymous letters to people throughout the community in a desperate attempt to influence the upcoming election.  Anyone who knows me knows the agenda this coward, or possibly group of cowards, is pushing is untrue.

I am accustomed to defending others so it’s been a rather strange experience to have to defend myself, especially against someone too cowardly to reveal their identity.  I prayed the author of the anonymous letter and website would muster the courage to file an ethics complaint as they alluded to in the anonymous letter.

I asked and I received… and I’m going to share that complaint with you for the sake of transparency and so you are aware of the retaliation that is guaranteed to anyone who puts students first and speaks truth to power in this district. Regardless of what has happened in an attempt to silence me, rest assured I will not be silenced.

It’s important that you know that anyone can file an ethics complaint against any elected official for any reason. Hundreds are filed each year, particularly in the weeks prior to elections, and thrown out. Complaints are NOT the same as investigations.  For the record, I AM NOT UNDER INVESTIGATION though I am the recipient of a complaint filed by Frank Michael (Mike) Giarrantano.

Considering, as the letter below states, this complaint was confidential prior to being shared online. One can only come to the conclusion that Mike Giarratano shared it. I will share the entirety of  Mike Giarrantano’s complaint as what was posted on the internet was only a portion that was clearly posted with the intention of making people believe it’s an active investigation.  As I stated before, that’s not the case. 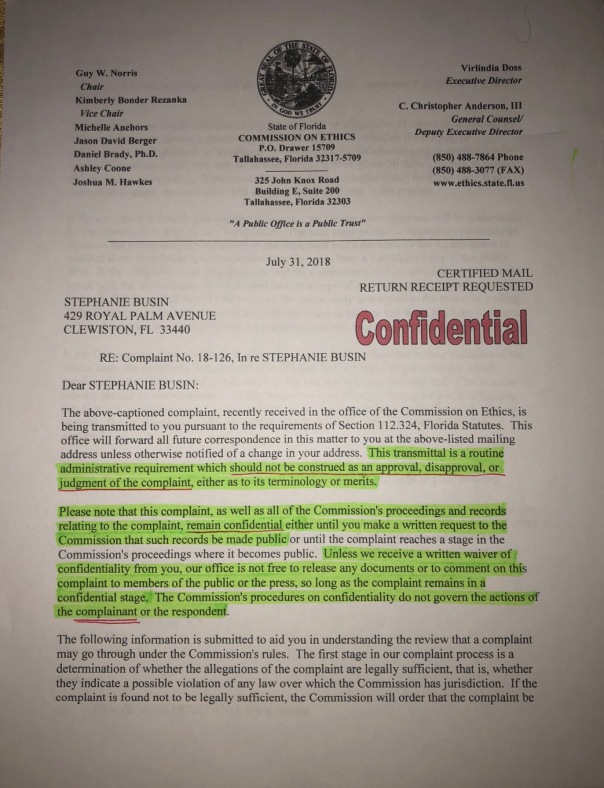 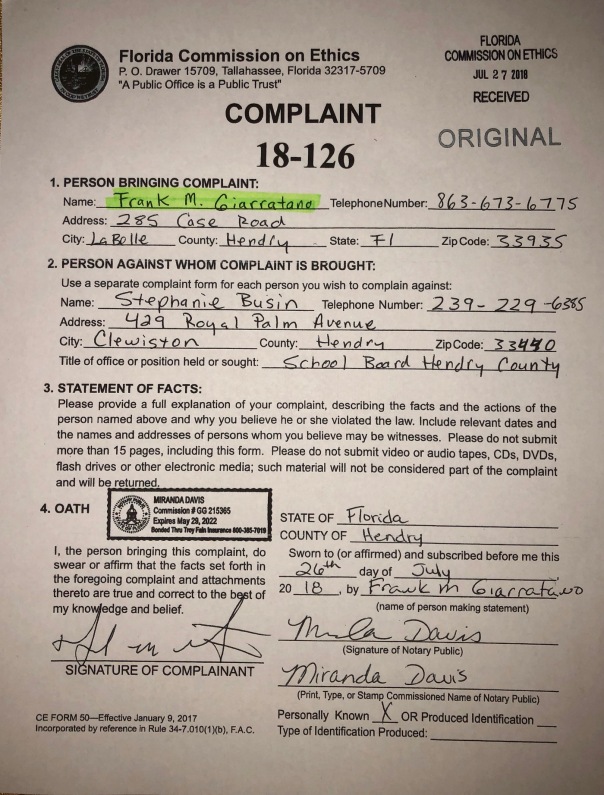 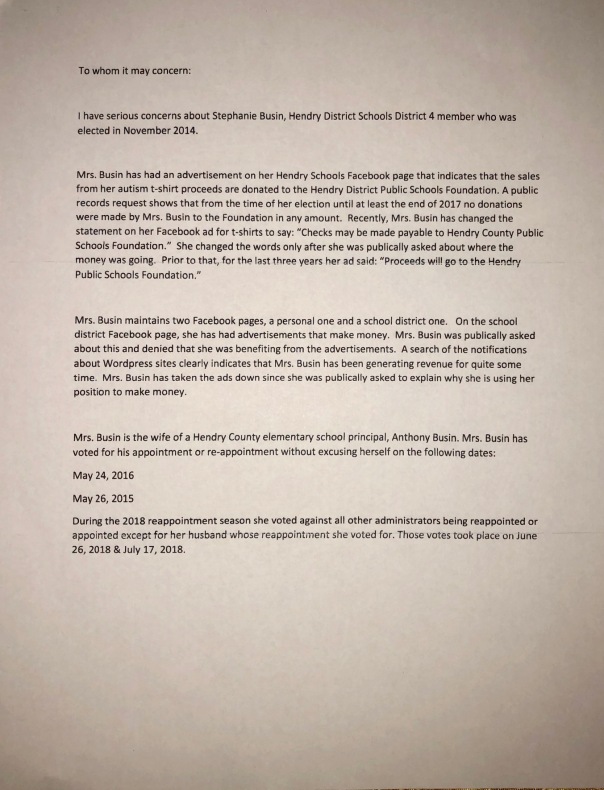 Here is an email I sent to Superintendent Paul Puletti on 1/13/17 after receiving calls from LHS parents regarding Mike Giarratano’s unacceptable treatment of student-athletes. While this is not part of the complaint, this public record provides valuable insight into the nature of the complaint.

Now you have had the opportunity to read the complaint in its entirety, I’d like to take the time to refute the claims made by Mike Giarrantano.

I hope this has provided clarity to the intentionally muddied water and the insight you need to confidently cast your vote for me. Now, more than ever, we need leadership that will not cower to the status quo and who will fight the good fight for our students, teachers, parents, and community regardless of retaliation. I am that person.

Thank you for the opportunity to provide the truth regarding this matter. It is my honor and privilege to serve you.

P.S. Please take a look at the endorsements on my campaign website, www.VoteBusin.com, to see what legendary educators and community leaders have to say about my record of service.

* Since I asked for your vote and shared my campaign website, I should state that this is a political advertisement paid for and approved by Stephanie Busin for Hendry County School Board District 4.